Sampling the Culinary Delights of San Sebastian and Hendaye

Our journey continued back to Lisbon, ready to board the sleeper train to San Sebastian that evening. 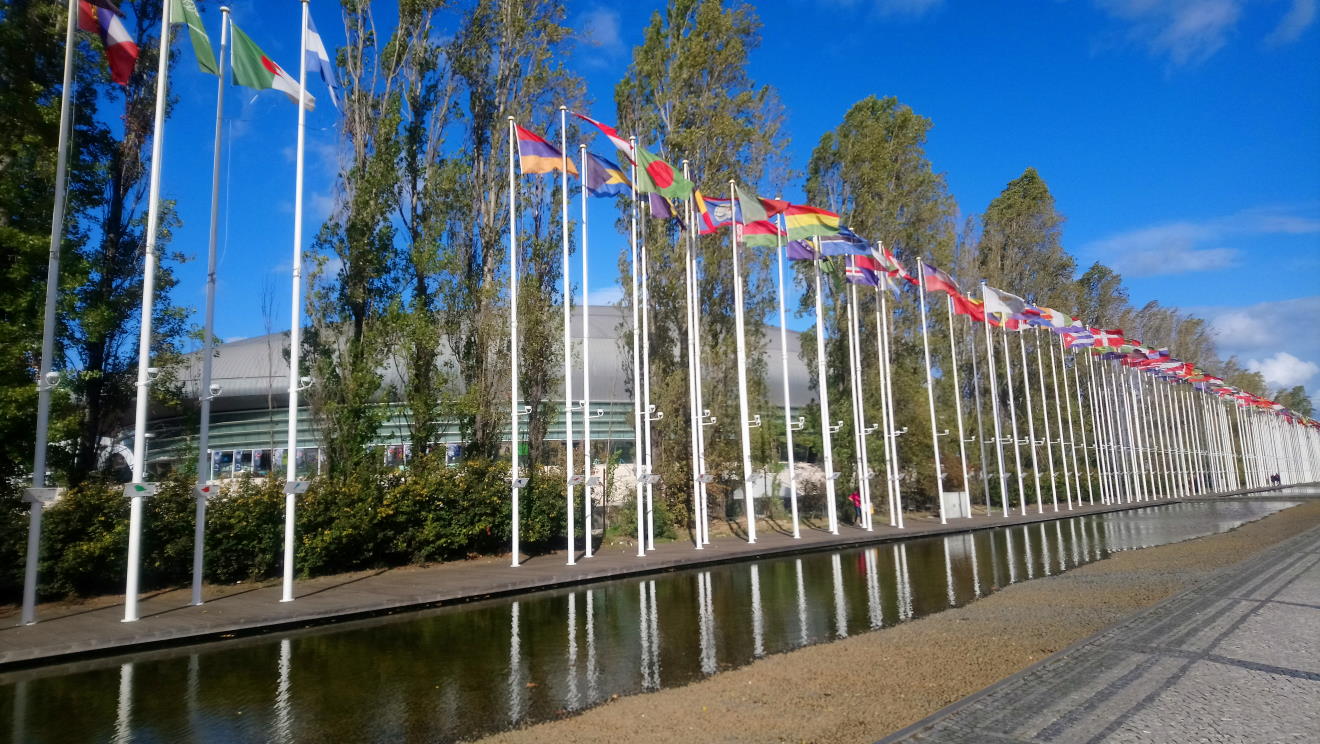 Instead of going into the city centre, we stopped at Lisboa Oriente, which was surprisingly interesting. In contrast to our previous experience of Lisbon, the sun was shining and we had a lovely walk along the waterfront. The area had been developed for the world expo in 1998 and so was full of artwork, including a Gormley statue, a giant cat made from plastic bins and flagpoles flying flags from all the countries of the world. 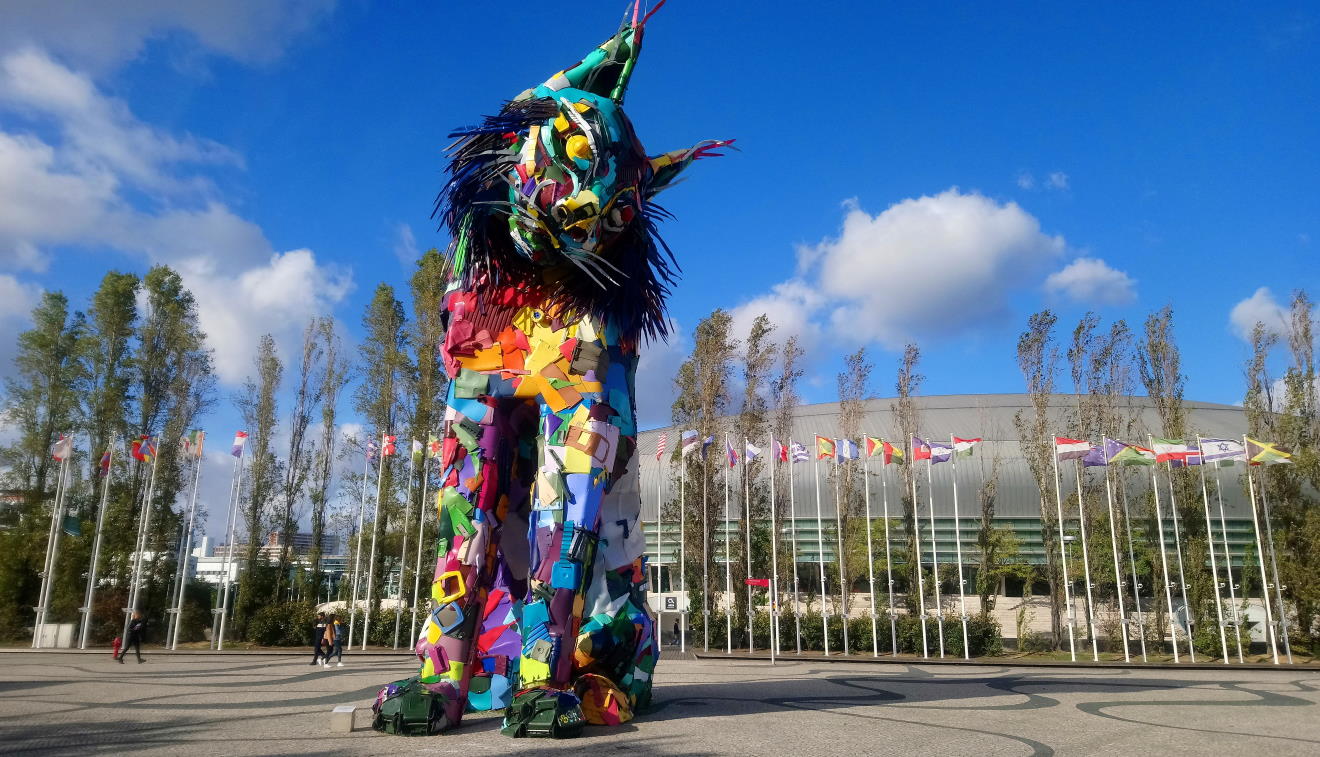 There were also various gardens, ending with a musical playground including squares on the floor which made noises when you jumped on them. It sounded very much like the plinky plinky music we heard all over Japan! 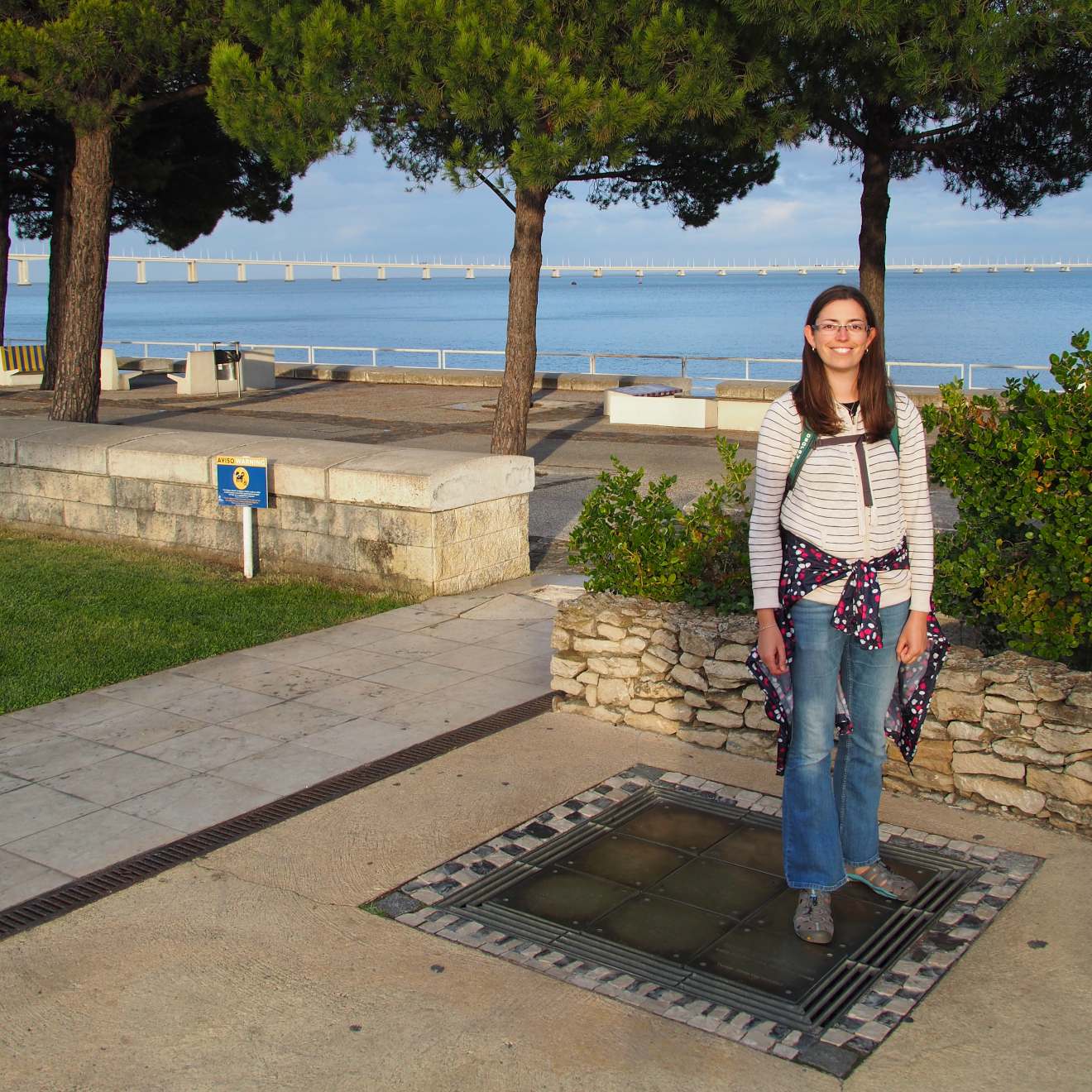 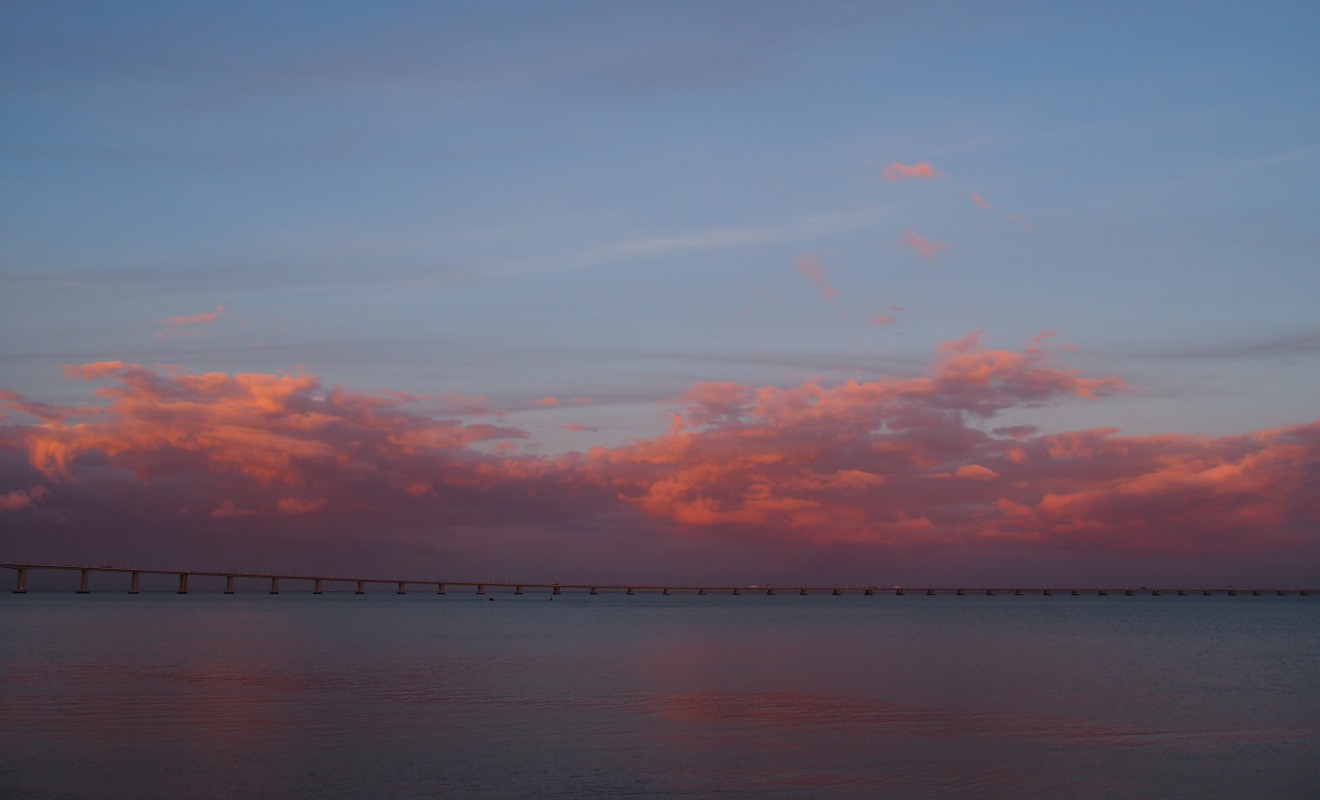 We killed some time in a bar playing Monopoly Deal and watching the sunset, before having dinner in a Chinese restaurant with some of the largest Lazy Susans I’ve ever seen. All the other diners were Chinese, which boded well for the food and it did not disappoint! It took us back to our Asian adventure earlier this year. 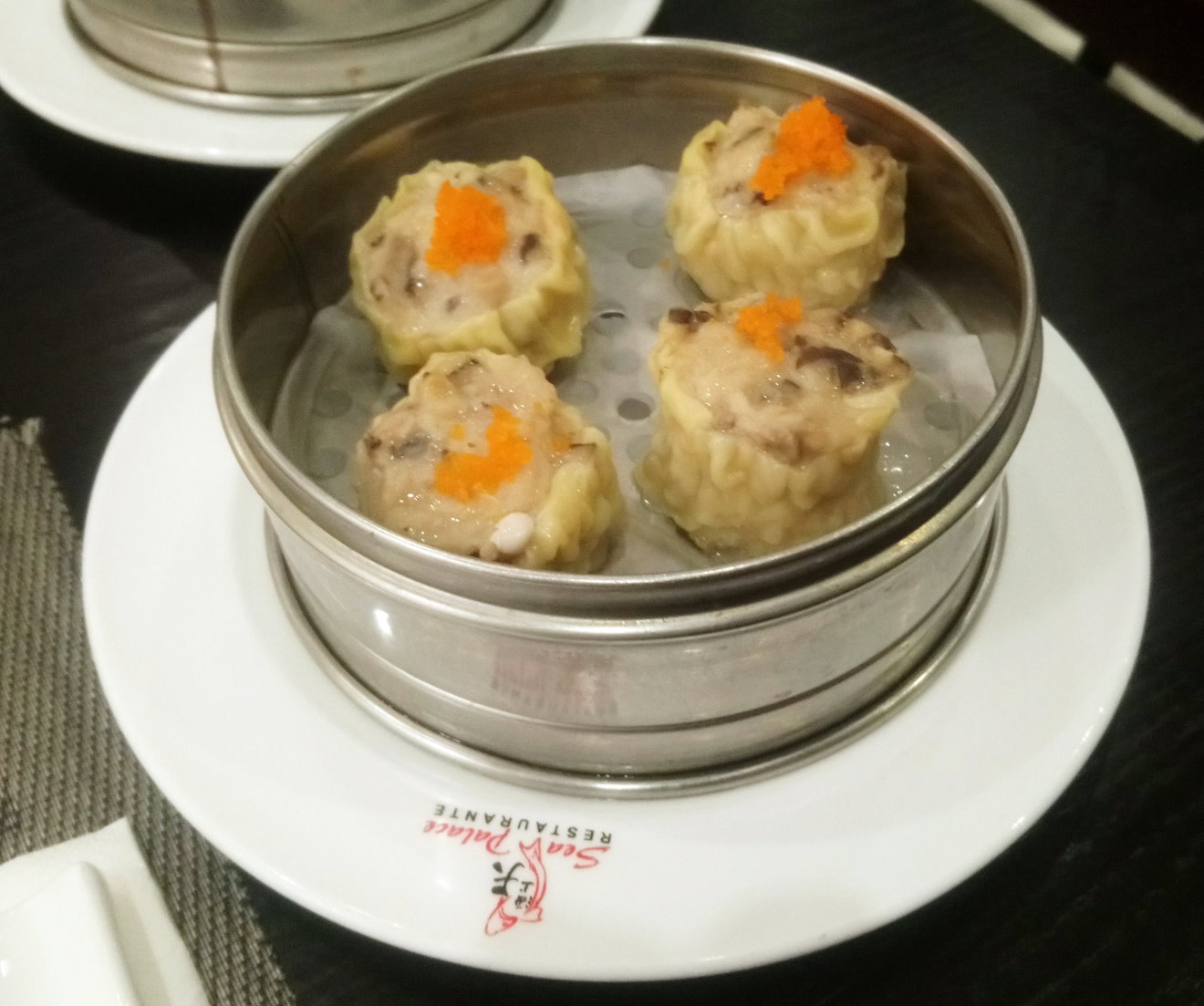 At half 9 we boarded our overnight train. There was some confusion shortly into our journey as the conductor told my cabin that we all had to move to other beds because of a problem with the cabin, although he couldn’t tell us what the problem was. We eventually moved, two of us going to first class (not me unfortunately!) and myself and a Swedish girl moving next door. We went to sleep shortly after and had a better night’s sleep due to some earplugs and a better curtain that kept the light out!

As a result, I was really surprised when the conductor came round to wake me up at 10:15 as we were nearing San Sebastian! In my defence, the clocks had gone forward an hour during the night, but still it was quite a lie in!

Not wanting to carry our bags too far when we arrived, we’d opted to stay in the hotel train station. As we couldn’t check in until the afternoon, we dumped our bags and headed across the river to the old town.

San Sebastian is part of the Basque country so all the signs are in both Spanish and Basque. Basque is a really odd looking language, full of Ks and Zs, with no relation to French or Spanish at all. Despite this, and some very rusty Spanish, we managed to get around ok.

First stop was breakfast at a lovely patisserie with massive pastries and cakes. From there we made our way through the small streets to visit the Saint Vicente Church and the Santa Maria Basílica. The church was a bit odd as it was on a slope so the alter was higher than the door. This played with my head a bit, particularly as I still felt like the ground was moving after spending 14 hours on a rocking train. 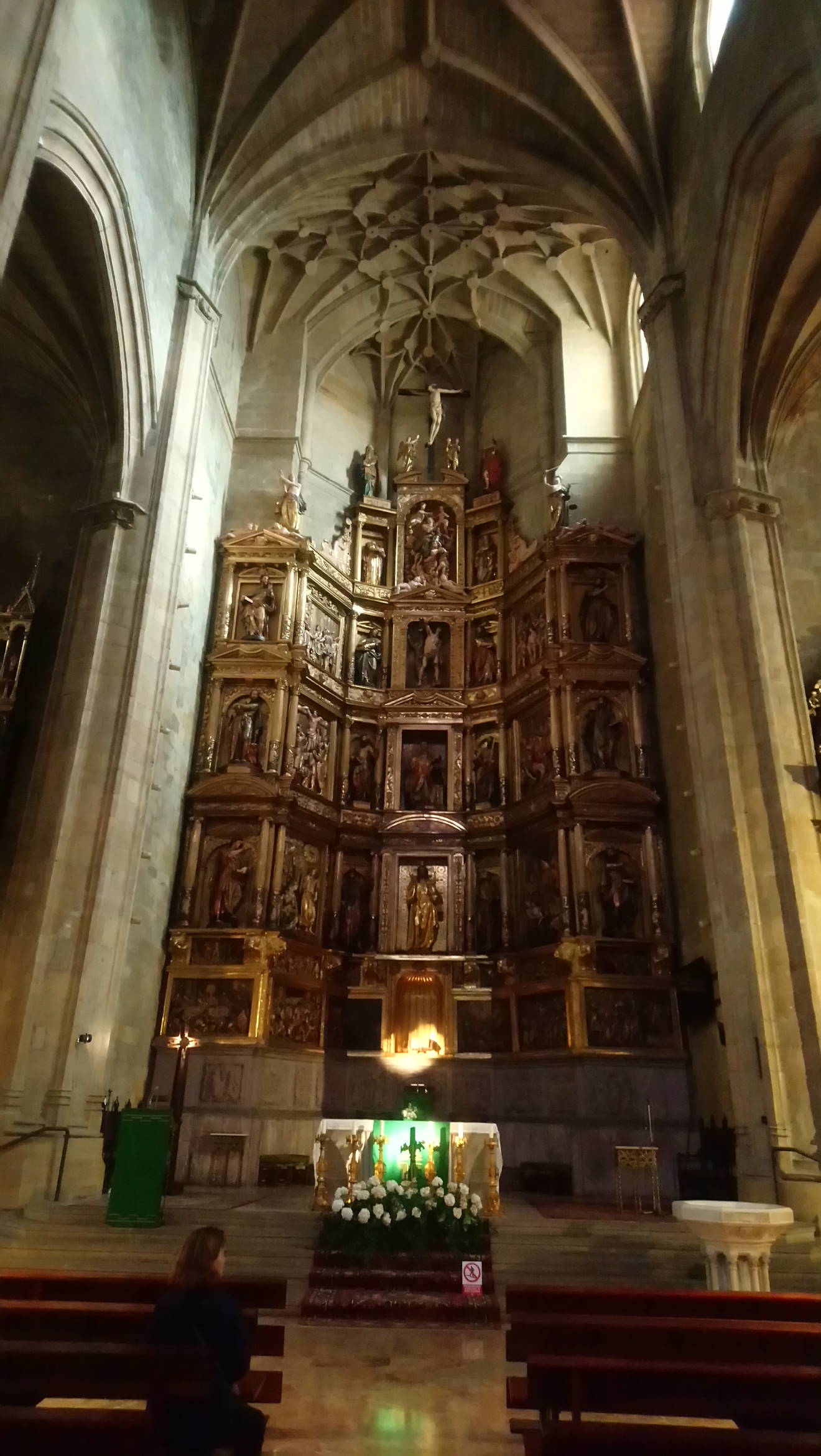 The weather was pretty patchy and as it was nearing lunchtime, we began to partake in what San Sebastian does best - pintxo. These are the equivalent of tapas, with dozens of small bites lined up along every bar. You take a plate and the little bits of food you want, grab a cider and start eating, typically standing up. This served us well, not just because the food was tasty but the rain had become quite heavy! The best bar we went to was called La Cuchana de San Telmo where they served delicious pork belly. 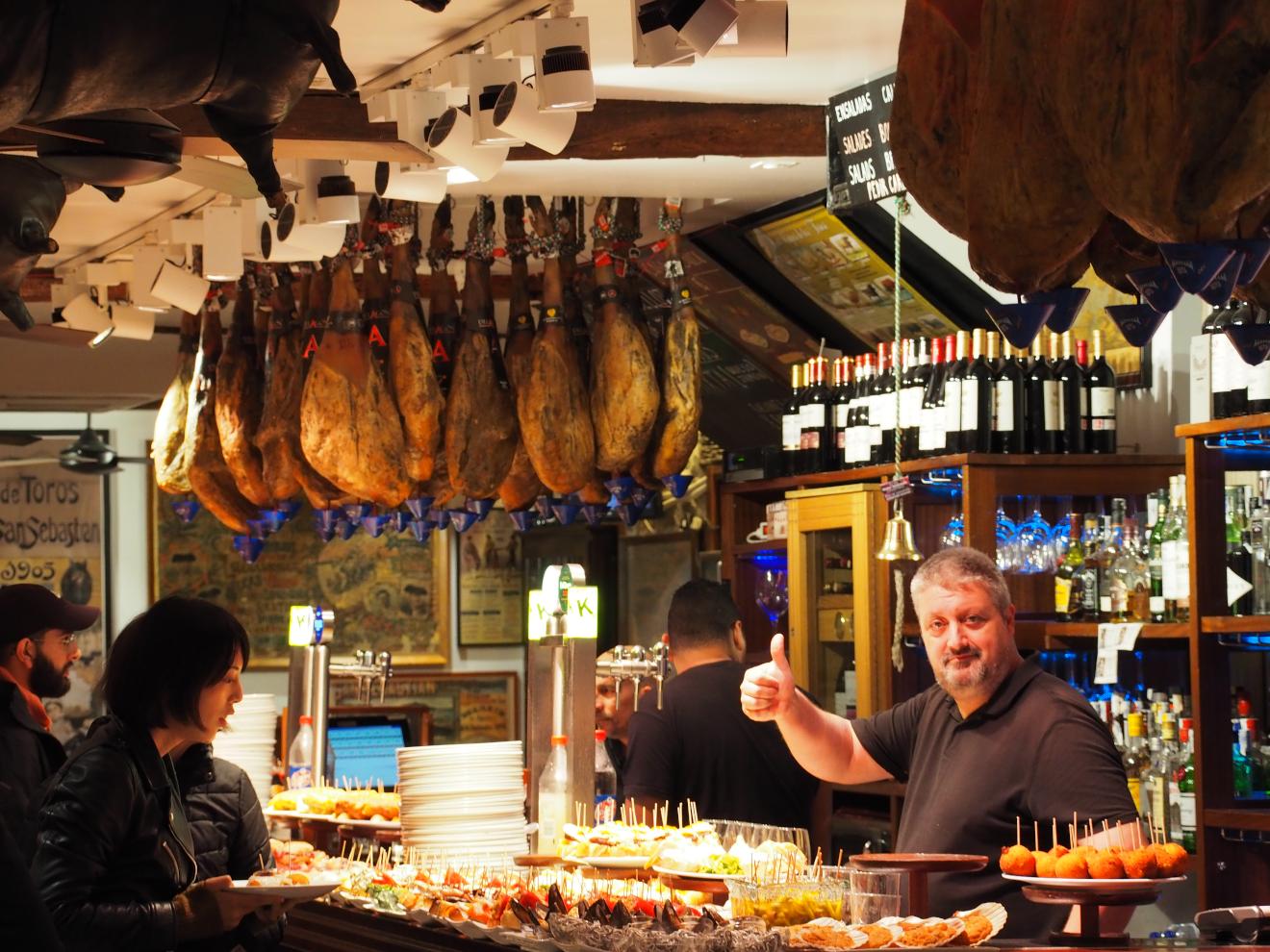 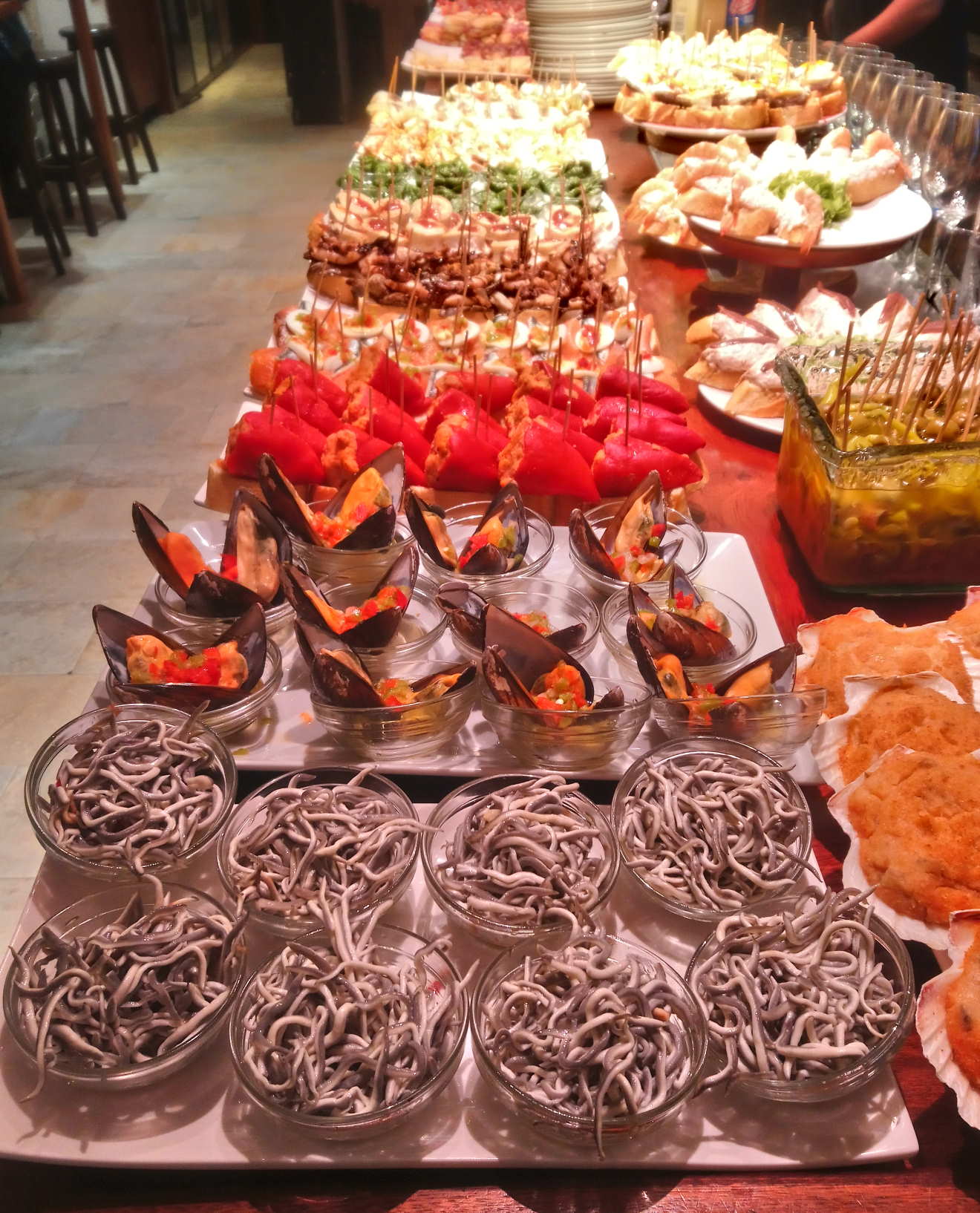 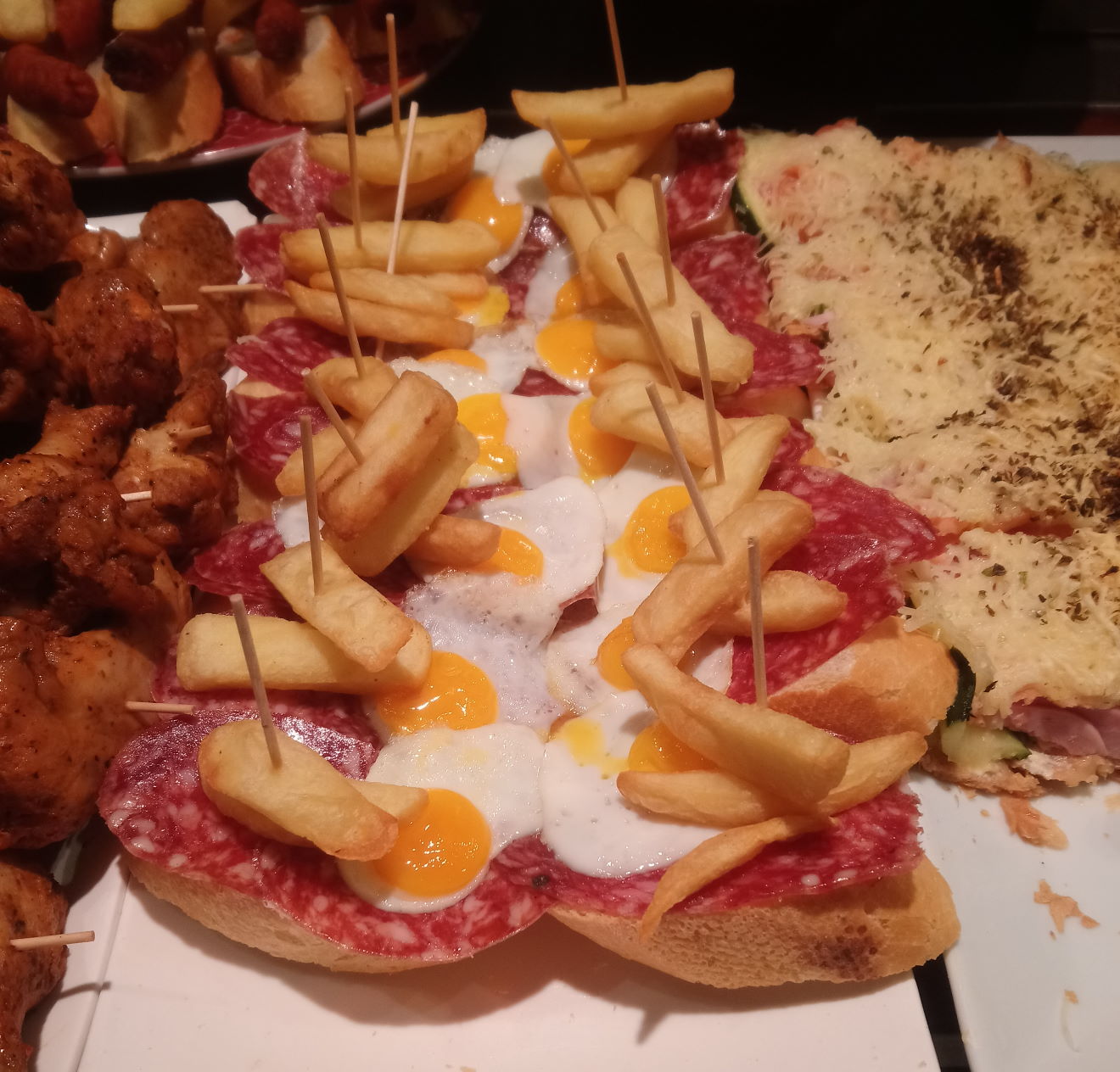 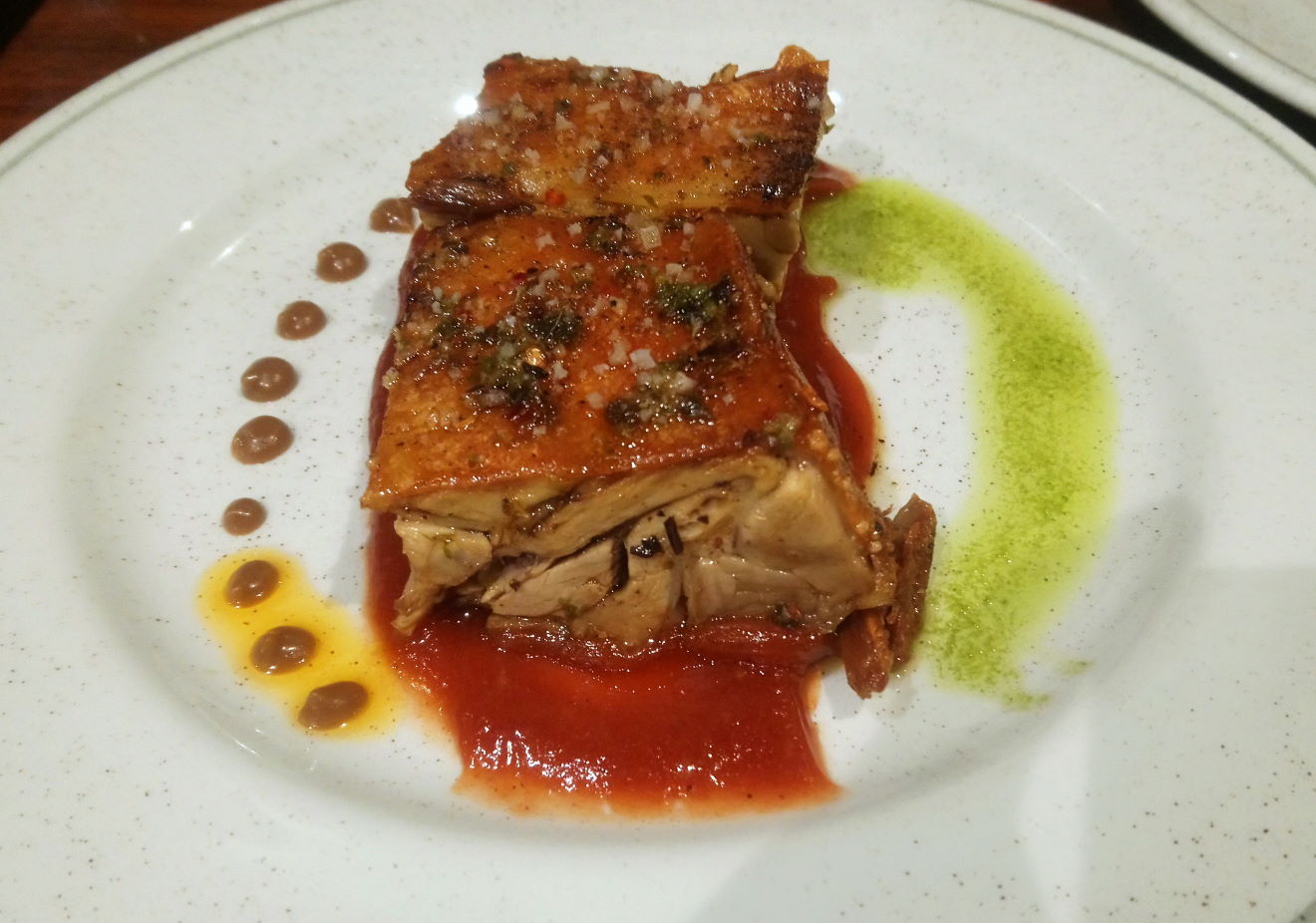 Our next stop was a very quirky craft beer bar, where the taps were all labelled with handwritten signs and there were caricature pictures of the landlord adorning the walls. There was a day time Spanish quiz show on the TV so we whiled away the wet afternoon attempting to understand Spanish and then answer the questions correctly. In some cases we did better than the contestants! 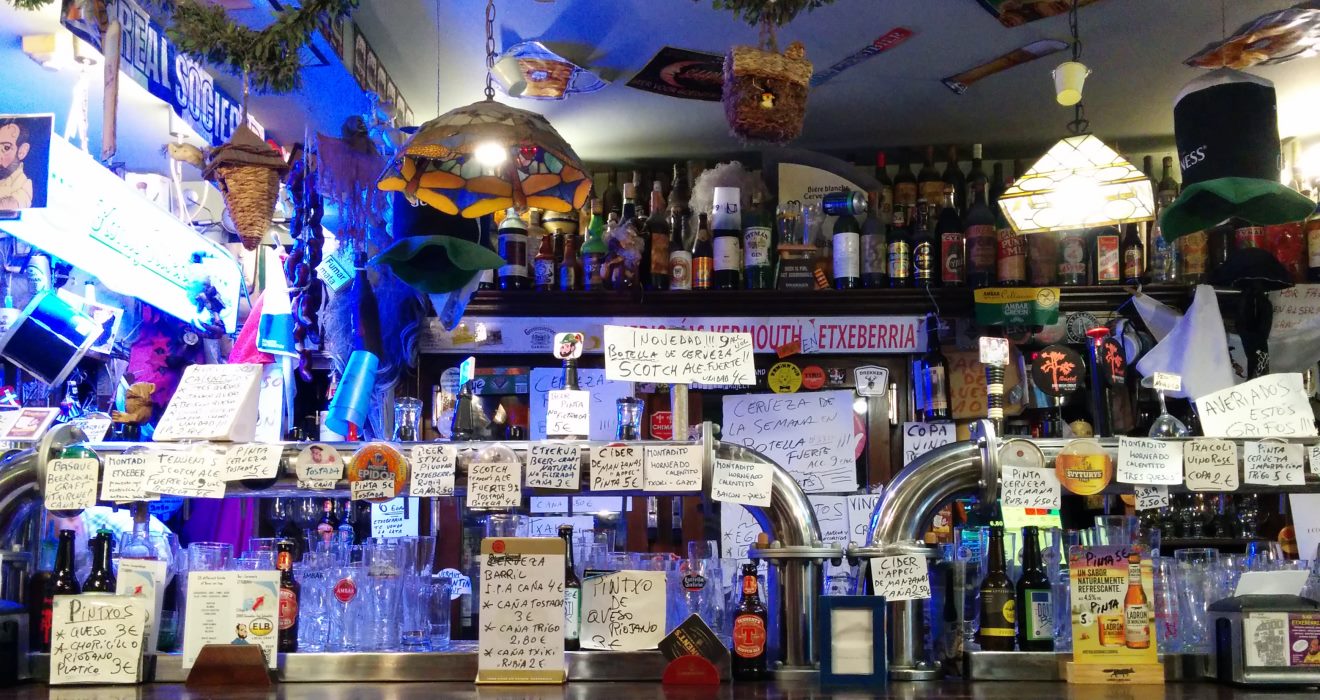 After heading back to the hotel to check in, and with the weather clearing, we went for a walk up the Urgull Hill which overlooks the city. The views from the top were great, particularly with the storm clouds moving away into the distance. 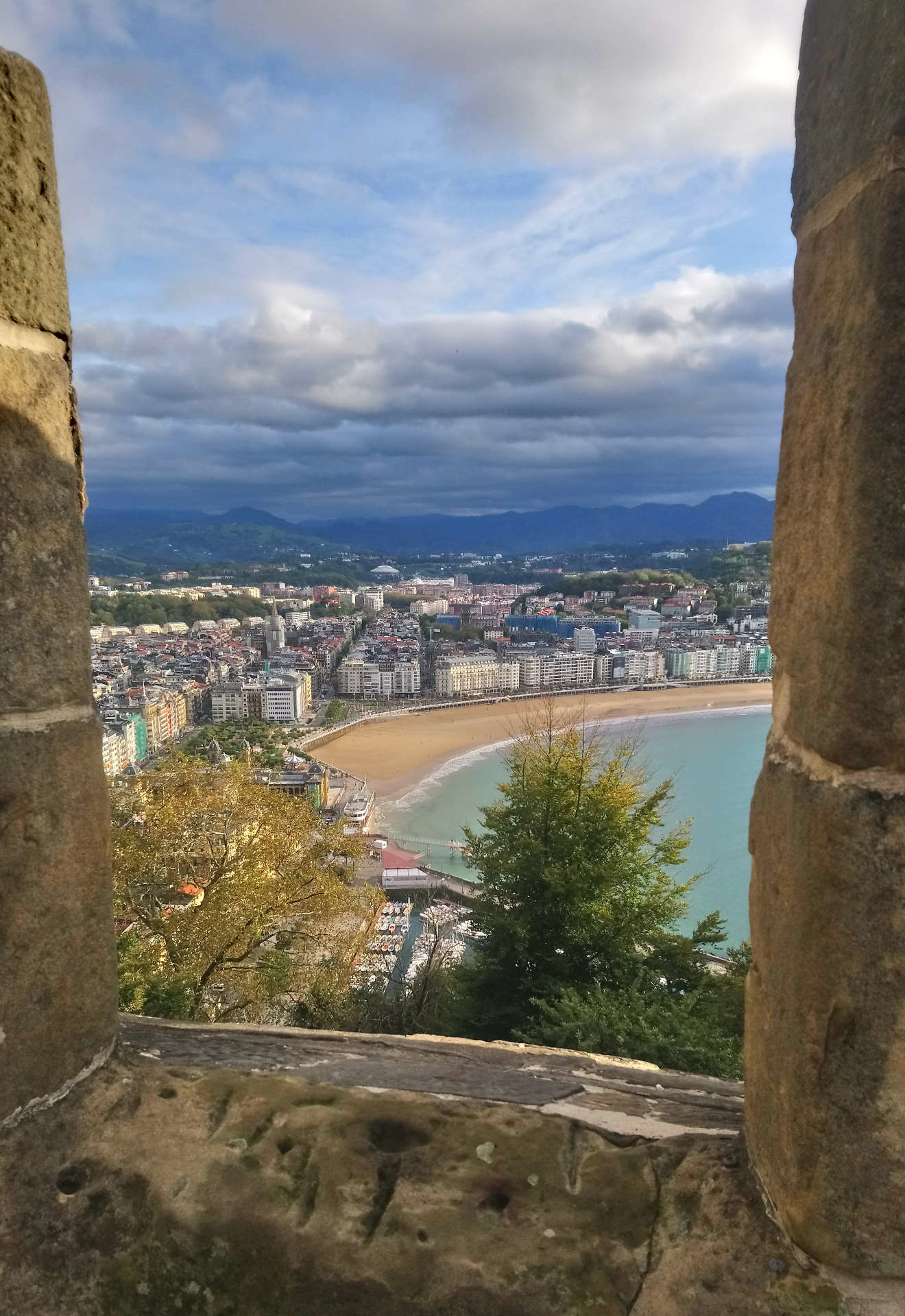 For dinner, we chose the side of the city near the surfers beach, in a place called Xarma Cook and Culture. It was quite quiet despite having recently been awarded a Michelin Star. The food was beautifully presented and pretty tasty and we left feeling quite satisfied! We finished the evening off at another craft beer bar on the lively Zabaleta Kalea street. 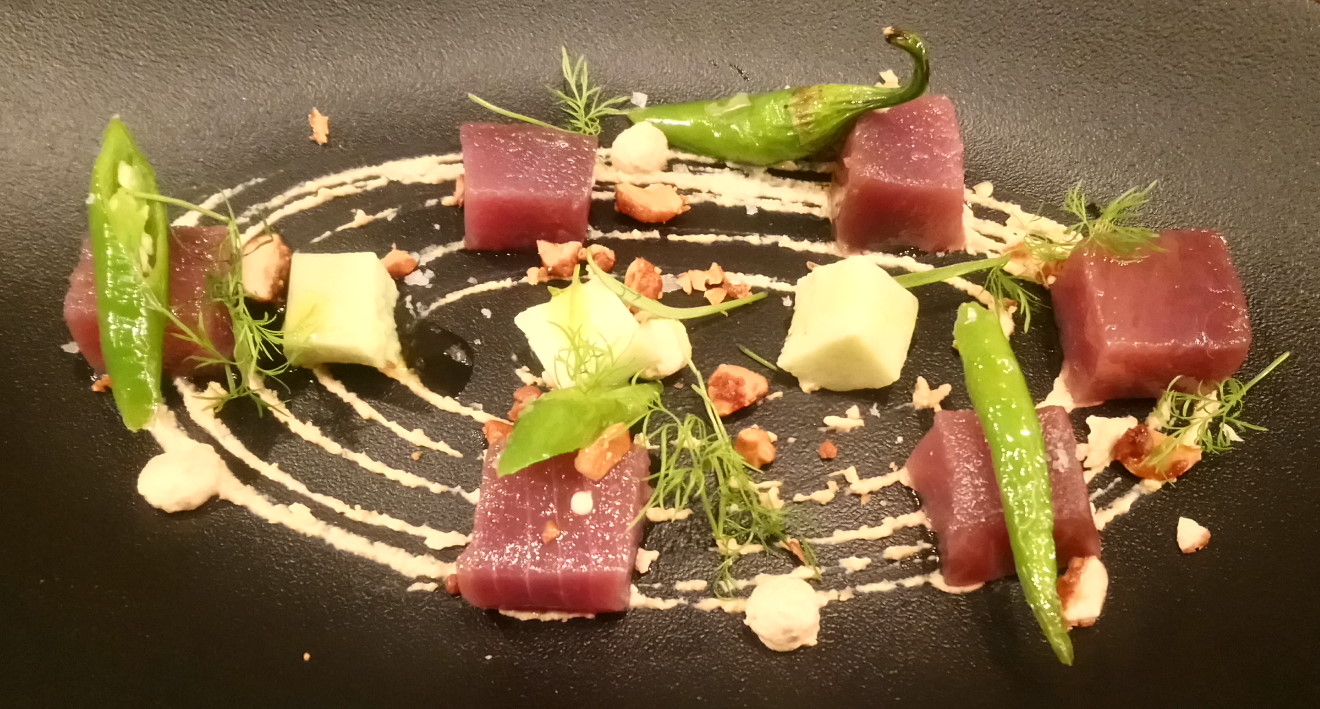 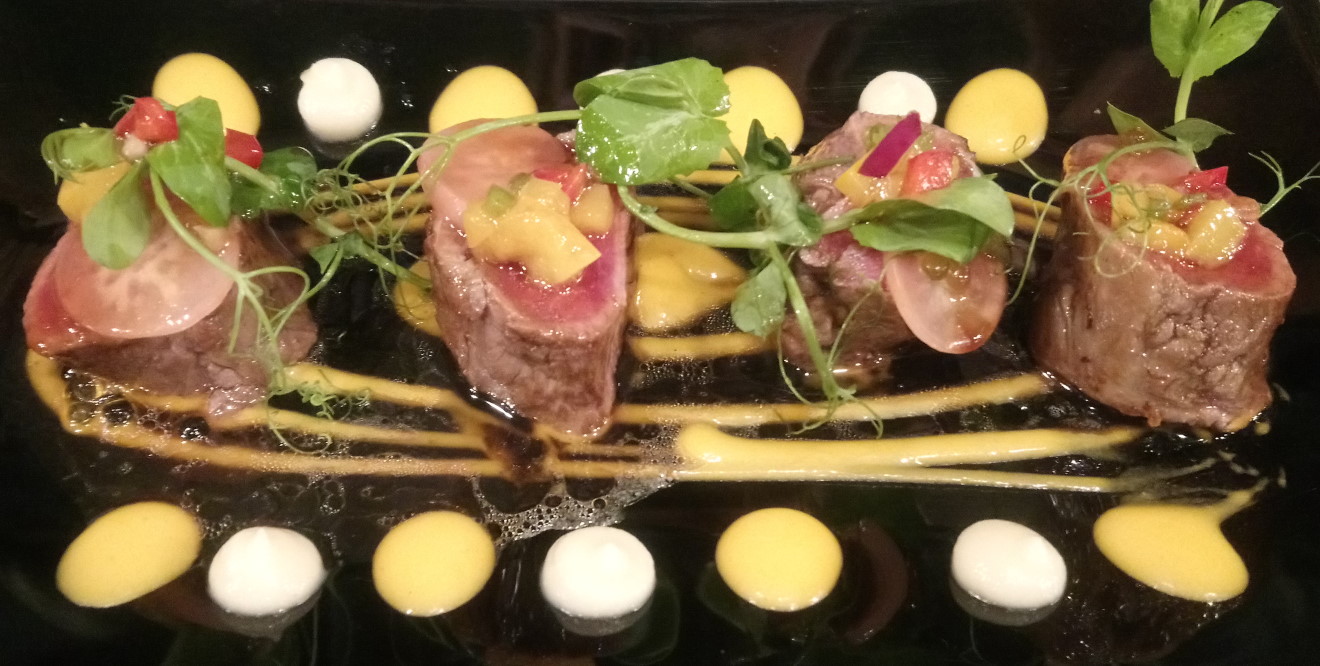 The next day, the weather was gorgeous. Being our last proper day, we didn’t want to do too much so, after stopping at a cafe to eat the biggest pain au raisin I’ve ever seen, we went for a walk over to the far side of the bay, taking in the lovely rock formations and art sculptures on the way. 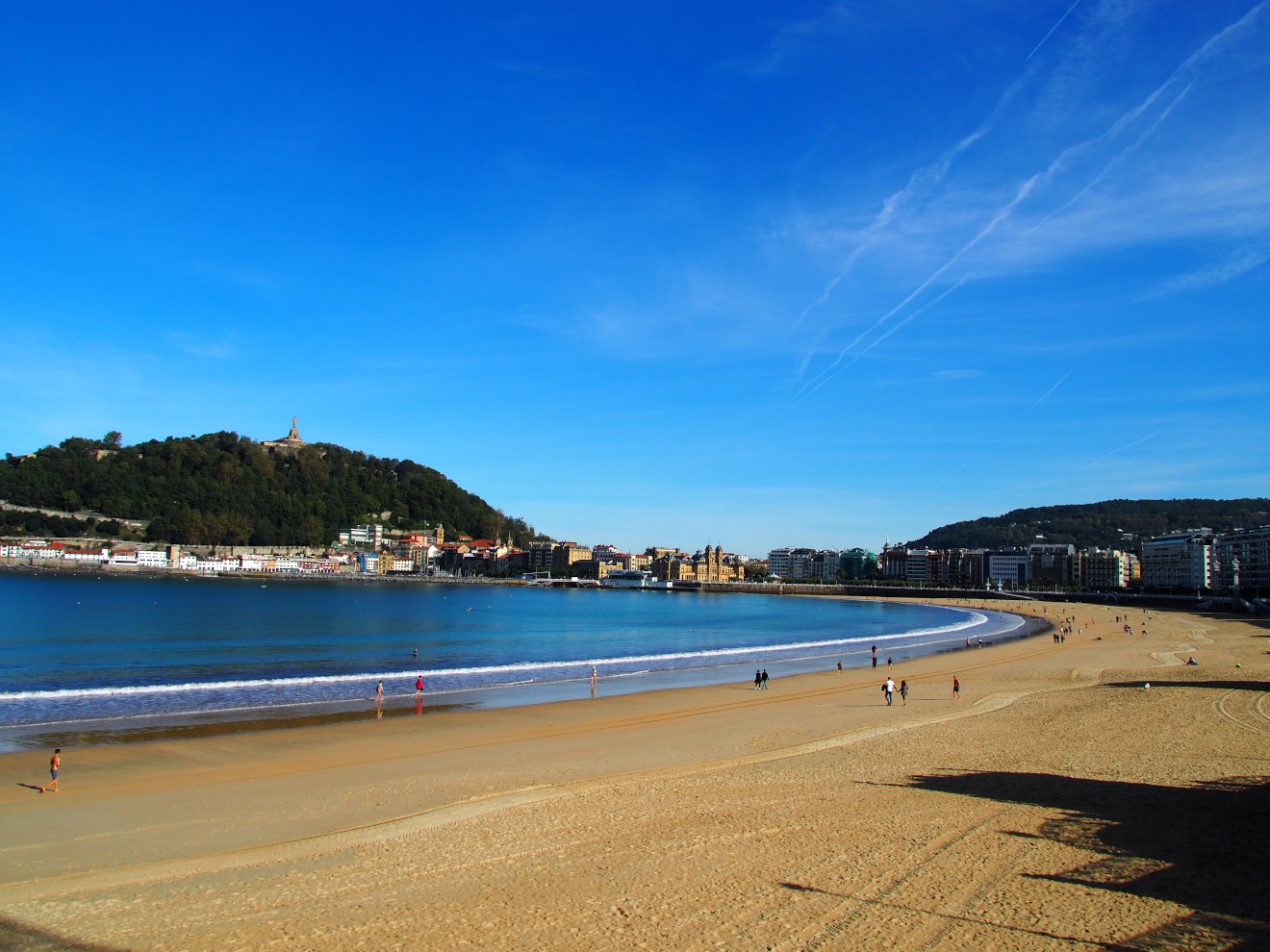 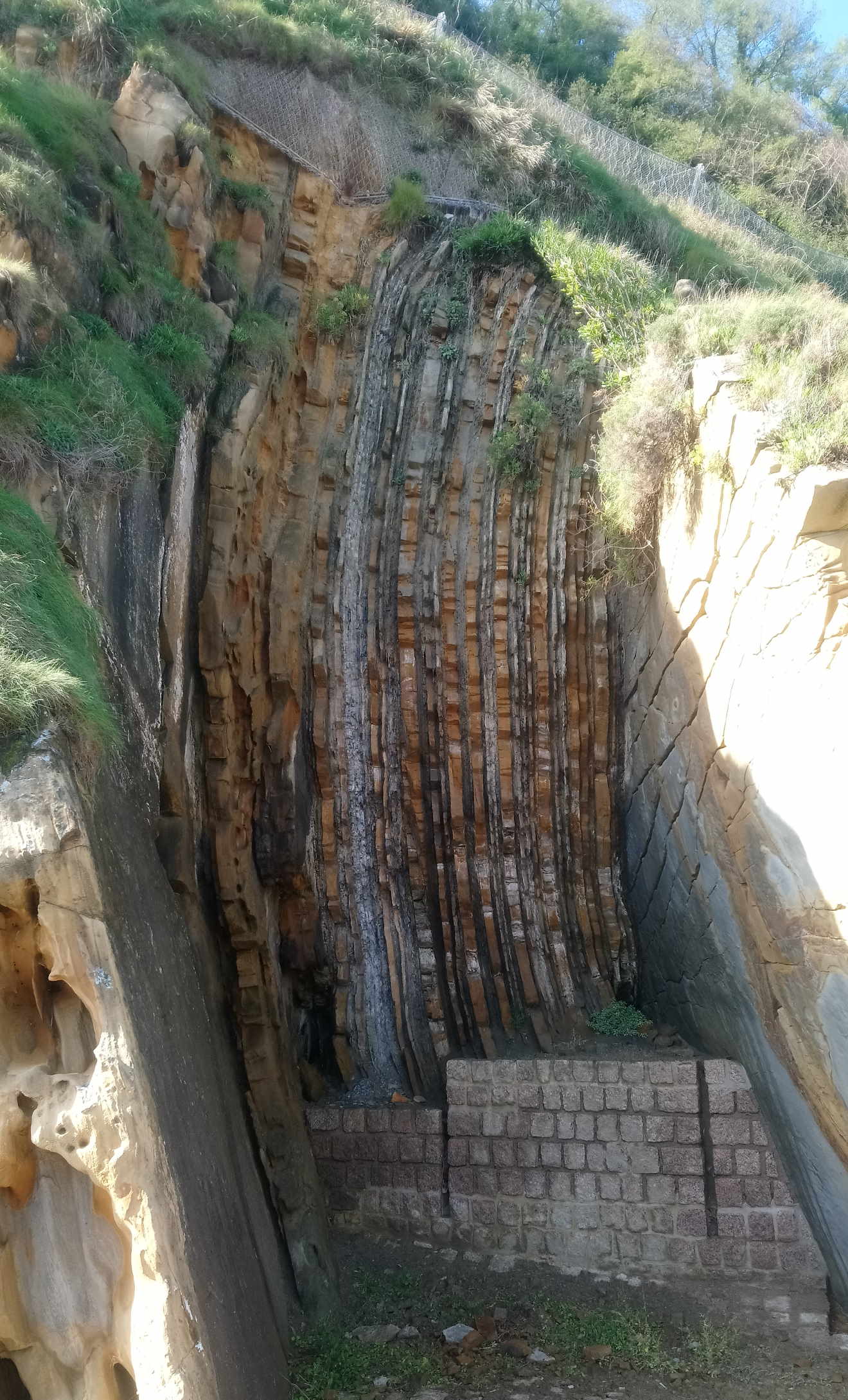 Lunch and our first ice cream of the trip later, we picked up our bags and headed to the Euskotren, the metro service that crosses the border to France. Thirty minutes later, we’d arrived in Hendaye for our last night.

After a 40 minute walk round the harbour to our hotel, we went straight to the beach. It was a brilliantly sandy and shallow beach, with tonnes of surfers all along it catching the waves. The weather was still warm and we (read I) had great fun splashing around in the sea and jumping over the waves.

We had hoped to go for a swim in the hotel pool before the sun set, but the water was colder than the sea! So we spent a bit of time sunbathing (it was that warm!) before getting ready for dinner.

Our last meal was at Restaurant Le Battela, where again the food was delicious and the cider was very tasty too! A stroll back along the promenade finished off a lovely evening. 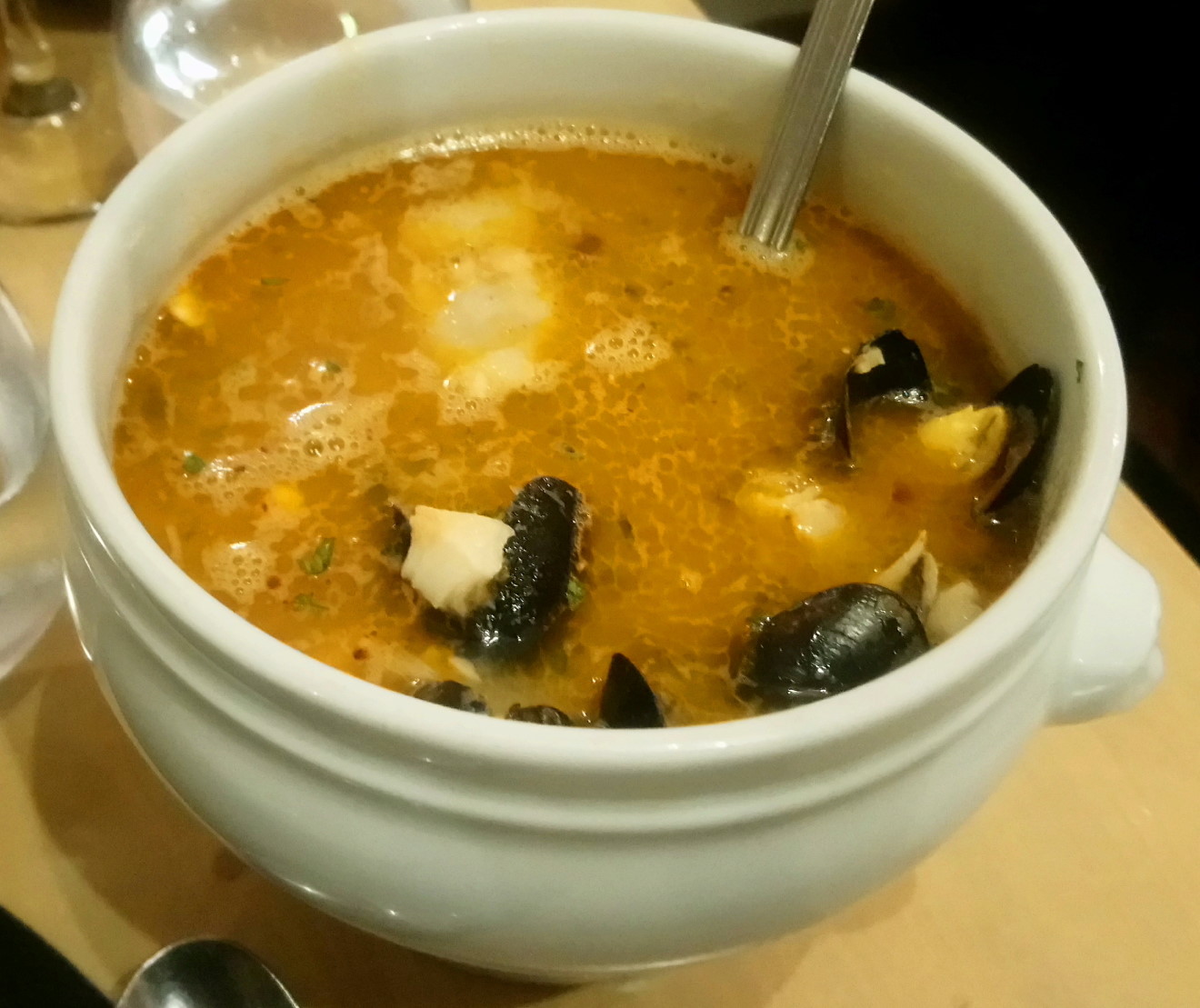 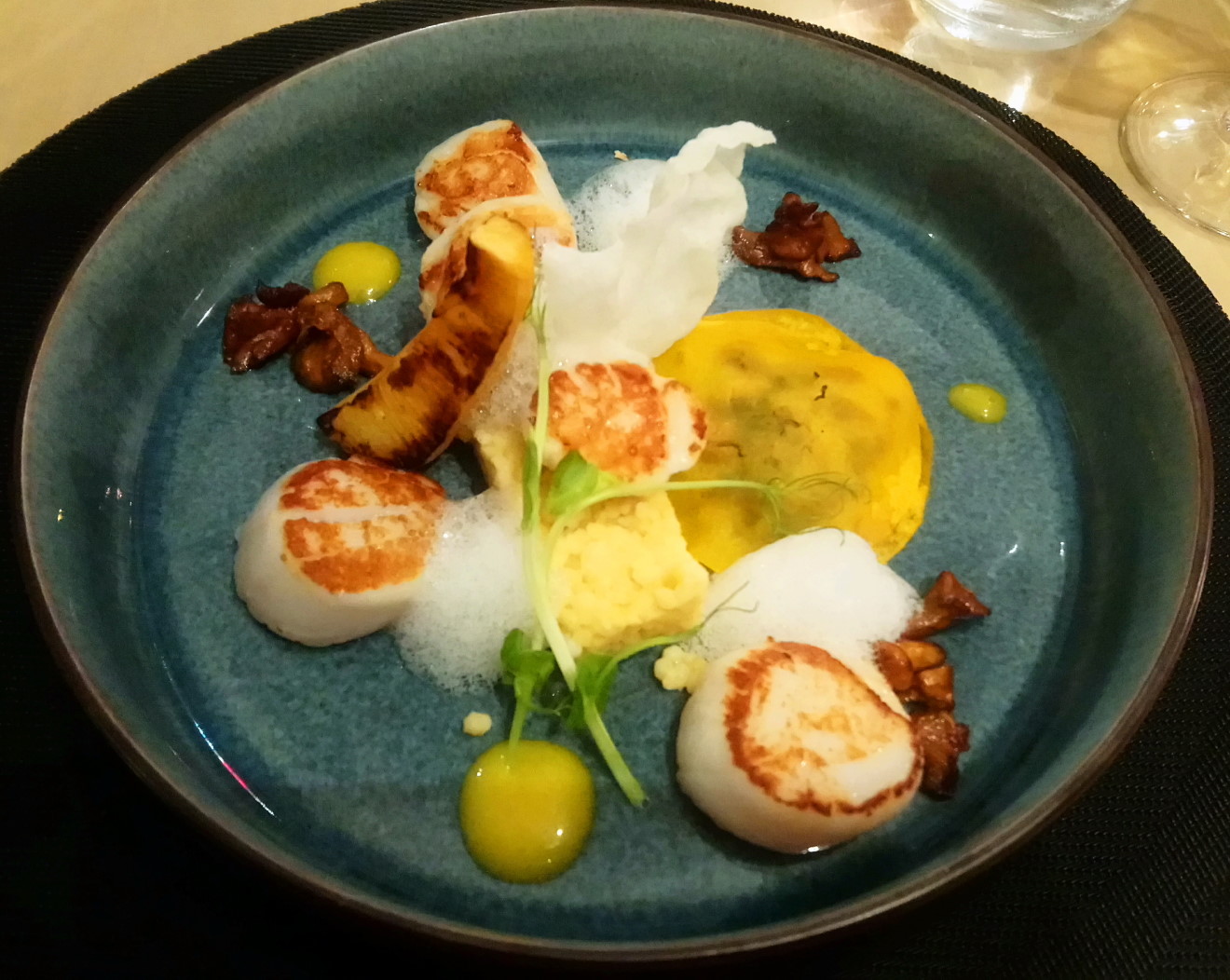 Our final day involved travelling back to the UK. We caught a train from Hendaye to Paris Montparnasse, which took about five hours, during which we were entertained by games of Monopoly Deal and a couple of girls who turned the train tables into a stable for their toy horses. All the kids that walked past were very impressed and many stopped to join in the game!

From Montparnasse we took the metro to Gard de Nord where we had some lunch and waited for the Eurostar home. We sat opposite an interesting couple visiting the UK from the States so had a good chat with them as we rushed through the French countryside. As we approached the tunnel, we could see a looming black cloud, which turns out was sitting smack bang over the UK! So when we emerged out of the tunnel into Kent, the sky was grey and the weather was wet. Quite a change from the sunny, warm weather we’d left behind in Hendaye that morning!

From St Pancras, we took the Thameslink to London Bridge where we hit our first real delay of the trip, coming back home! Due to engineering works we had to go the long way round, but we finally made it home about 12 hours after we’d started.

Our holiday mainly consisted of eating, drinking and a lot of walking. We hadn’t really planned too much of what we wanted to do when we got to each place, which wasn’t really a problem as our hosts were very helpful in giving us suggestions and ideas of what to see and do.

Travelling by train was really good. Not only did it let us see the countryside, we met some nice people, and in general it was much more relaxing that flying. It also meant we visited a number of places we wouldn’t have visited had we flown directly to Portugal. Hendaye was a particular highlight as, being off the tourist route, it was much quieter and local than the other places we visited. The overnight trains did leave you feeling a bit bleary-eyed the next morning but overall, the connections were smooth, the stations were easy to navigate and it was better for the environment too. I would definitely consider doing the same again in the future, particularly as Europe is so accessible by train.