How to cheaply withdraw cash, get internet access and stay charged up in South East Asia and beyond. 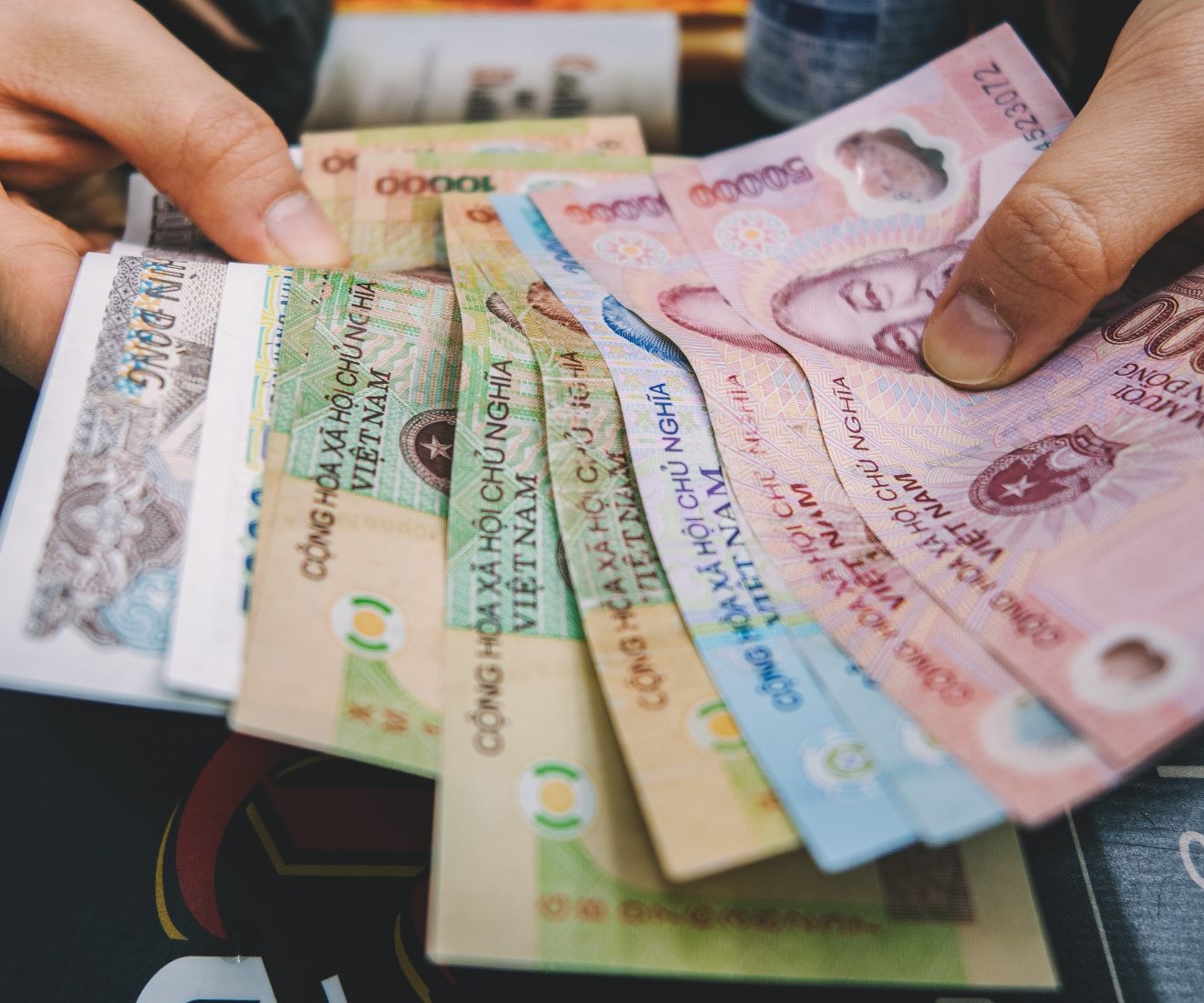 In this rather long post I cover how to cheaply withdraw cash while in South East Asia, Nepal and Oman. If you’re not careful then you can easily be stung on fees.

I also cover getting bargain mobile internet access and finding charging power for your tech. Scroll down for those or just jump to the section and country that you want to know about.

Cash is king in Asia (unless you are paying online). However, you don’t want to carry huge amounts so will need to use ATMs.

We both got Starling bank accounts for this trip. They don’t charge any fees and use the Mastercard base FX rate. Using their debit cards you can withdraw up to £300 a day in cash each (even if both cards are linked to the same joint account). ATMs usually have lower limits for a single transaction but you can simply repeat your transaction until you hit your card limit. You can read more about Starling bank in my blog posts here.

However, this doesn’t mean you won’t have to pay any fees. Most cashpoints in Asia charge for use and you will need to include these fees when staying under your limit.

At any ATM that gives you a choice of currency, always select the local currency (except Cambodia where USD is one of the local currencies). If you choose your home currency then the FX rate will be terrible (and they’re bad enough already due to the political shit-show at home). Rates can also vary significantly between the transaction date and settlement date a few working days later (e.g. £10 difference on £200 in three days).

Take some backup cards too (e.g. a credit card) and keep them in separate places. If you each have cash and cards, plus spares in your bags then you have more options.

It’s free and easy to withdraw cash at an ATM in Malaysia and Singapore. There’s not much more to say on this.

Cards are accepted for payment at the majority of places in Singapore apart from hawker centres etc. Cash is best in Malaysia.

Getting at your money in Thailand is difficult and expensive. Many ATMs won’t work so you will have to try a few.

If you are arriving from a country with lower / no fees then it may be cheaper to get cash there and change it. FX rates are generally worse in Thailand so change it before you cross the border.

Cambodia has two currencies and of them USD is preferred. Change below 1 USD is given in KHR notes as they don’t do coins.

You will usually be charged 5 USD (4 GBP) for a 300 USD withdrawal. The fee varies depending on the amount requested. Make sure you select USD if the ATM gives you a choice.

USD notes must be pristine or they may be rejected. Don’t accept change that has been ripped or written on. $2 bills are often not accepted either, as they are quite rare.

ATMs in Vietnam tend to have an undisclosed limit on the maximum withdrawal. This varies but is usually the highest value on the quick-select list. E.g. 3,000,000 VND if that is the largest option.

Some places like to price in USD but it’s rare. If you pay in VND then make sure they don’t screw you over on the FX rate.

The only bank we found that didn’t charge any fees was SCB (Saigon Commercial Bank). Don’t use Google Maps to try and find their ATMs as the data quality is appalling. Use the ATM map from the SCB website network page. The maximum withdrawal is 2,000,000 VND (~ 66 GBP) but you can just repeat this a few times and you may not need to remove your card or even re-enter your PIN.

The images on the different denominations are interesting. Small notes have communist scenes whereas the large bills picture tourist attractions.

10,000 MMK (~ 5 GBP) is the largest note in Burma so be prepared for a fat wad of bills out of the ATM. Card payment fees can be high (e.g. 4%) where accepted so it is usually cheaper to pay in stacks of cash.

It’s hard to change MMK outside of the country so spend up or change them before you leave. Some places accept USD but only if the notes are pristine.

When you first arrive in Nepal you have to pay for your visa in a “major currency”. The catch is that NPR is not a “major currency”, even in Nepal. Make sure you have 25 USD each (UK citizen price) or you will be charged a 2 USD fee to pay by card.

1,000 NPR (~ 7 GBP) is the largest note in Nepal so be prepared for a fat wad of bills out of the ATM. It’s hard to change NPR outside of the country so spend up or change them before you leave.

It typically costs 4% to pay by card if accepted so it’s cheaper to pay by cash if you make large withdrawals. However, some restaurants don’t charge a fee to pay by card.

I’ve been informed that Indian ATMs are worse and the fee is not displayed. You find out on your bank statement (or a notification on your phone if you use Starling and have a local SIM for mobile data).

There are no ATM or pay by card fees in Oman that we came across. In this respect it is like Singapore or even more so like Malaysia.

Not everywhere takes card and not all ATMs work. You may have to try half a dozen different cashpoints before you find one that will give you your money. 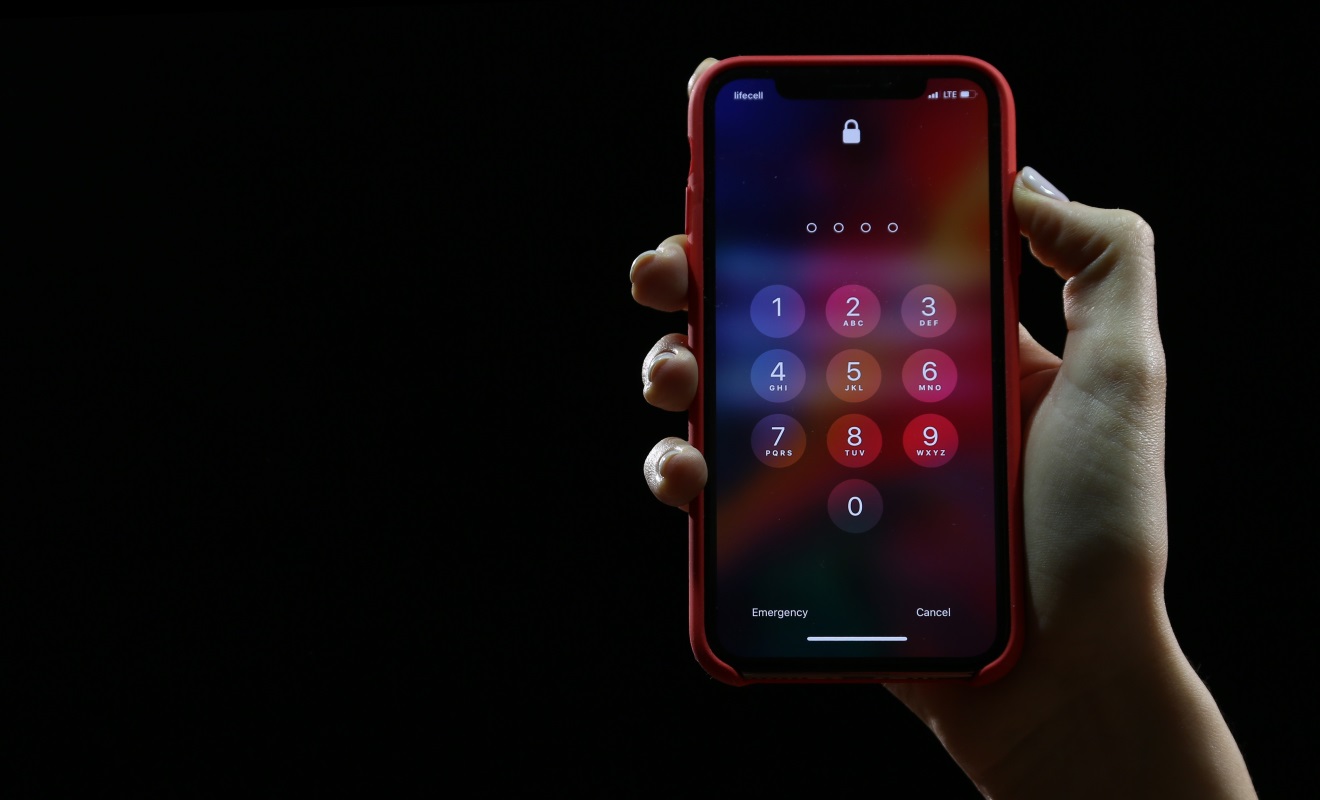 Free WiFi is ubiquitous in many places but can be slow and unreliable (e.g. Nepal). It can be useful to have mobile data when out-and-about or as a backup hotspot. This lets you use Grab (Asian Uber), perform image / voice translations and get spending notifications (allowing you to quickly deactivate your card if it wasn’t you) wherever you have signal.

Local SIMs can be very easy to get hold of and are cheap, especially compared to back home. However, some new networks such as SMARTY do offer reasonable pricing in the UK (£1.25 / GB). Use this referral link and you can get a free month plus a £10 Amazon voucher, which is better than cashback site deals (I get a free month too but no voucher). Remember to pause any mobile packages you have at home as you won’t be able to use them.

You will probably want to set up a VPN and secure DNS for both WiFi and mobile data. This can help increase the reliability / security of your connection and circumvent censorship. You can also access home media content, however the BBC block popular VPNs from iPlayer so you may need to set your own up.

It’s a good idea to keep a copy of WiFi passwords when you enter them into your phone (e.g. take a picture). It’s easy to read these from a computer but non-trivial to recover them on an Android / iOS device without connecting to a laptop (if they’re not rooted / jailbroken).

It’s easier to download any media you might want while you have a decent connection. Also, don’t update any proprietary media apps (e.g. iPlayer desktop or mobile) or they might lock you out of your downloads (because DRM: Digital Restrictions Management).

I’m going to stick to places where we stayed long enough to make it worthwhile getting a local SIM.

It’s very easy to get a local SIM in Malaysia. There’ll be a stall at the airport. Pay with cash and no registration required. Simple.

This makes getting a Grab a breeze. However, Grab send a lot of push notification spam so it’s best to revoke those permissions for their app.

It is also easy to get mobile data in Thailand. Pick up a short duration tourist SIM at a tourist information centre for cash. I’d read that ID was required for a SIM but we didn’t need any. Maybe this is just for normal non-tourist SIMs.

Getting a SIM in Vietnam can be difficult. Or rather, while acquiring a SIM is easy, getting it activated with a data plan is hard. Your best option is to get somebody else to do this as it is a complex process. I ended up going to a Viettel shop.

Viettel claims to have the best coverage and it was pretty good. We even got full signal in a cave and it puts the UK to shame, where you don’t even get signal on all your commute into London.

Viettel are owned by the Ministry of Defence and hence the Vietnamese armed forced. Technically you are required to register your SIM with ID. However, as with most rules in Vietnam, this is commonly ignored and you can buy stacks of SIMs at news stands pre-registered to some random stranger’s ID.

It’s worth using a VPN in Vietnam. We came across news articles that strangely wouldn’t load if they mentioned certain topics if not using one. It was only reasonably recently that Facebook was unblocked and that could easily be reversed (despite the zuckerborg’s 80% penetration in SEA).

Viettel send a lot of spam SMS, even for SIMs that are roaming (although to a lesser extent). I found this quite offensive, especially as the volume ramped up around Tet.

Getting a SIM is easy in Burma if you go to one of the many official kiosks, although you do need to register with your passport. I got a 30 day 5.2 GB plan from Telenor for 5,000 MMK (~ 2.50 GBP / 3.30 USD). This is a bargain and less than a quarter of the price that you would pay on the best deals in the UK.

In order to stay charged make sure you have a universal power adapter or the correct ones for the countries you are visiting. Spare fuses may also be useful.

Ensure you have high-quality chargers with a wide and forgiving voltage range. Avoid cheap knock-offs that will give shocks due to substandard electrical insulation.

You can buy power-gangs out there that will take any plug but the safety is a little dubious. A USB battery pack is also a great investment.

It’s best to charge overnight. Some hotel rooms will kill the power when you leave the room and remove your key card.

The power grids in some of these countries may not be as developed as you expect or reach the whole country. The quality of the power is varied, as evidenced by voltage spikes and power cuts.

Backup diesel generators and voltage regulators are to be seen everywhere. They are very common in Cambodia, Vietnam and particularly in Burma.

There is quite a bit of solar power deployed, which is effective at these latitudes. This is good as it offsets the generally dirty grid generation but if you wanted your own then you’d need to carry a big panel.

Singapore, Malaysia and Oman use the three-pin square British socket. These have a safety feature that requires the earth pin to be inserted first. We had no problems but then we have British kit.

The core SEA countries mainly use a combined EU / US socket, although fully universal sockets are common too. A US plug is usually a better fit than an EU one, which can be a bit loose. 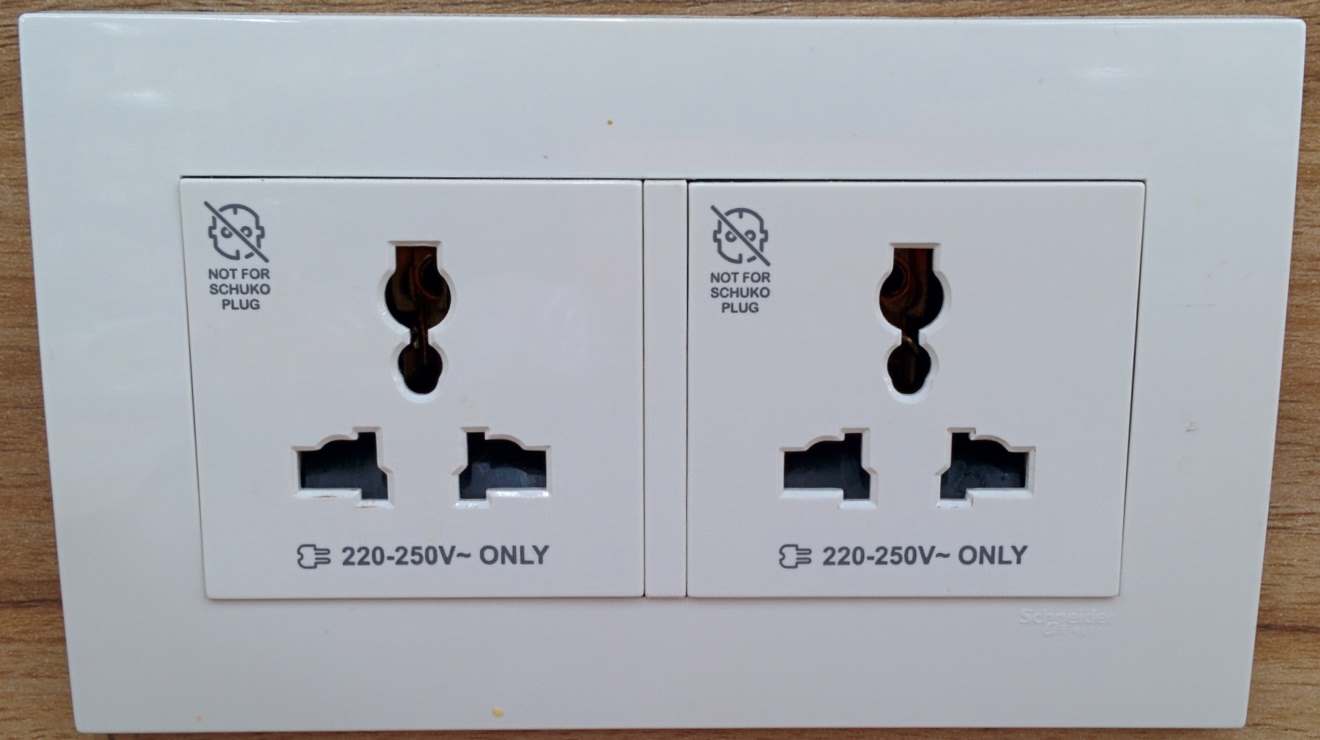 Nepal uses a 15A three-pin round Type M socket, although combined EU / US sockets are usually available too. However, the sockets are generally quite loose.

If you go on a trek then there is often no power all the time up the mountains and it can be intermittent. There is sometimes a solar battery backup but this is normally just for lighting (not the WiFi).

You don’t have to wait for a power cut to talk to the people around you or open your eyes to the magical views outside though!